Mela Zuljevic
Wayfinding between the Design Space and the Historical Landscape:
Uses of the past in design processes within the context of spatial development

In this research, I explore the uses of the past in design processes within the context of spatial development while asking how the past can be used to historicise and challenge developmental agendas, particularly with participatory approaches to design. The past that the research is interested in, as a constitutive resource in design processes, is the one contained in the historical landscape – where this landscape is understood as public history (Hayden, 1995). 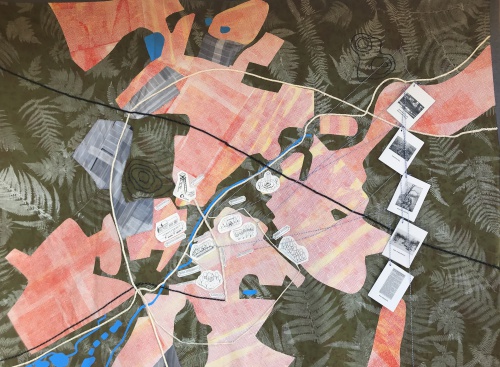 Uses of the past in this context can take place in different ways, from place-making and branding heritage destinations to organising communities and neighbourhoods around a shared historical site. I look specifically at how they unfold within a design space – which is, in participatory design (A.Telier, 2011), seen as a conceptual landscape of a future design. I think of design space as such an imaginary landscape, emerging through the agency of different actors, who take part in envisioning the future of a specific site – and, most importantly, use the past in doing so. Thus, and following the calls to (always) historicise design (Otto, 2016; Dilnot, 2015; Tonkinwise, 2006), the research proposes to engage with the past by starting from the design space as a conceptual terrain which has a history. As an interdisciplinary undertaking, the research builds upon discussions on history and time in design studies and anthropology (Fry et al, 2015; Otto, 2016), while taking into account related work in spatial planning and heritage studies. 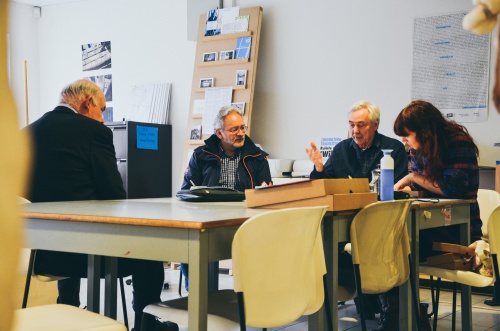 The intention of the research in relation to the broader socio-political and cultural context, and the role of design in regards to current urgencies, is to learn about how the past is used in imagining and designing spatial ‘development’. Following Esteva (2019) in understanding development as a social construction married to a political design, I am interested in how this argument can be explored in the specific context of my case studies tied to post-industrial landscapes in Flanders. To do so, I examine different understandings and expectations of development in design processes prefiguring it – not only those contributing or working within hegemonic development models but also the ones that can challenge these models. With this motivation, I contextualise the research by learning from the ontological design perspective (Willis, 2006; Escobar, 2013; Tlostanova, 2019) which addresses how the legacies of the past design, and the modernity/coloniality complex, inhabit the current designing and ways of being in the world.

The research design presents a mixed-methods case study based on a combination of design research with historical & archival research. The participatory design approach I am developing in this thesis starts from the idea of ‘wayfinding’ as a strategy of exploring the design space by articulating how its past conditions the future-making agency of different actors. This approach is guided by Ingold’s (2000) discussion on wayfinding as close engagement with ways of perceiving the particular in the environment and contextualised by Jameson’s work on cognitive mapping (1991) as a tendency to continuously position the particular within the socio-political context of worldmaking. While I link Ingold’s wayfinding approach with methods of design research through interviews, oral history and interventions to create a thicker map of the case studies – the cognitive mapping aspect, following Jameson, relies on discourse and historical analysis that can contextualise the understanding of the particular.

I work on three case studies in the context of Flanders, involved with development visions and projects for postindustrial landscapes.

In Leuven, I collaborated on a design project addressing the redevelopment of the historical industrial landscape of Vaartkom and how different actors respond to it. The Vaartkom redevelopment entails different ways of using the past, from historicising the entrepreneurial prospects of space to counterbalancing the privatised development by maintaining the heritage sites as public. 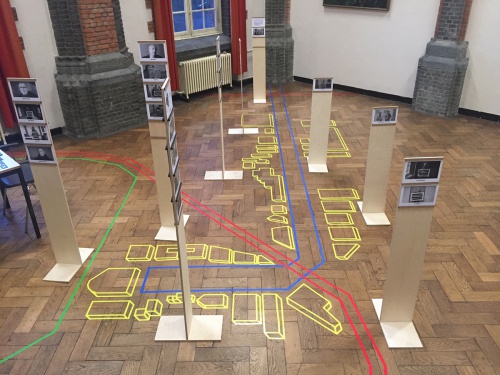 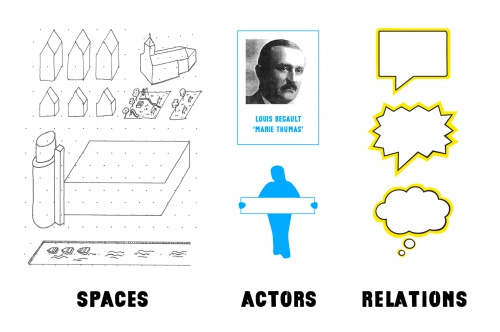 My second case study is the WegenWerken project in Genk, interested in developing a proposal for a slow roads network that could counter the large motorway infrastructure built within the previous vision of Genk as a car-city model of economic development to compensate for the mining losses. I explore the historical role of infrastructures in spatial development as well as how their past is used in articulating and discussing visions of sustainable transitions. 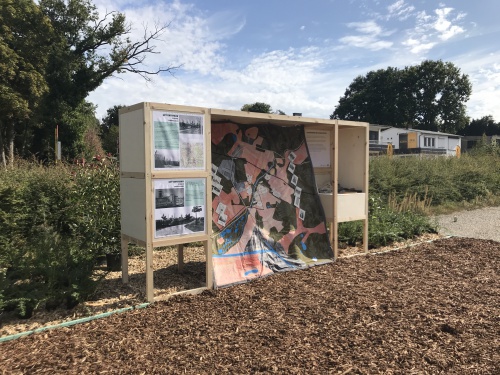 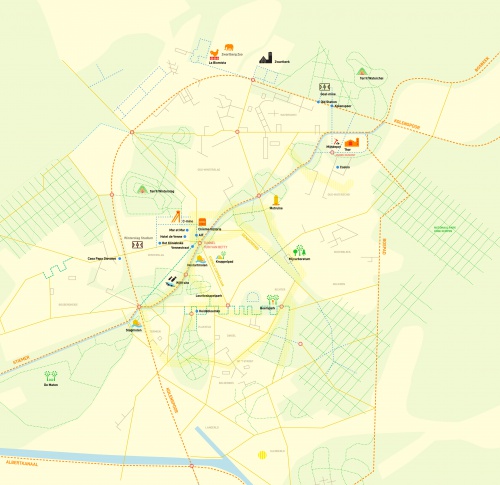 The third case study is exploring the vision of Hoge Kempen Rural-Industrial Transition Landscape (RITL), designed in the heritage-making efforts of local and regional actors towards Hoge Kempen National Park area to be awarded a World Heritage Site label by UNESCO. This historical landscape is described as a material artefact of a unique “100-year window in time (…) depicting two economic systems coinciding in time from 1850 onwards until 1950 in one and the same environment” (RLKM, 2018). In Genk, the anchoring sites of the RITL landscape are the three former mines (Winterslag, Waterschei and Zwartberg), together with their cités – the garden cities built to accommodate the people working in the mines. In exploring the implications of heritage-making in spatial development, I focus on issues and tensions between different perspectives on development in the city of Genk, for example, those brought forward by the residents in dealing with both sustainability standards and heritage regulations in renovating and maintaining the garden city houses. 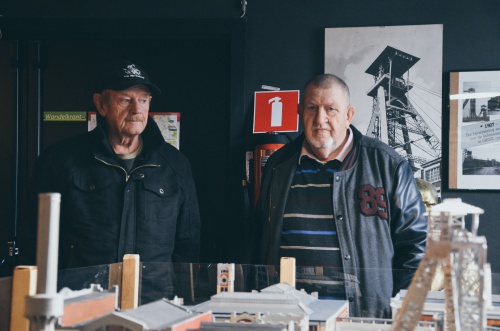 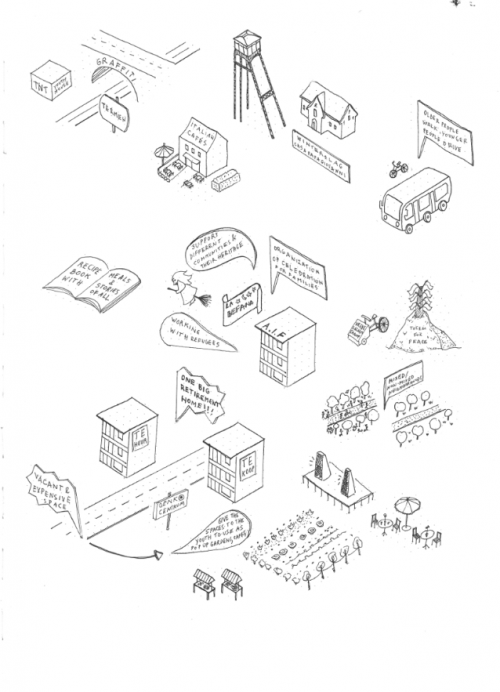 “Mela Zuljevic is a PhD student working with the ‘Spatial Capacity Building’ research group at the Faculty of Architecture & Arts, University of Hasselt. Her research is interested in the uses of the past in design within the context of spatial development. She previously studied at the University of Sarajevo, with a BA in Product Design and an MA in Visual Communications. She worked as an assistant professor at the Interior Design Department of the ‘Dzemal Bijedic’ University of Mostar.

In 2008, she co-founded Abart – a collective interested in artistic and curatorial practices focusing public space and memory in the city of Mostar in relation to its post-war division and reconstruction. With Abart, she worked on multiple art-based and research projects and collaborated with different art and cultural organisations in Bosnia and Herzegovina. During this period, her research and socio-political engagement were tied to the historical landscape in Mostar and how its post-war redevelopment was envisioned and undertaken by international and local elites, particularly through heritage-making and reconstruction. This experience has shaped her research interests towards critically addressing the universalising models and their neoliberalising tendencies in spatial development pursued at the nexus of heritage and design. 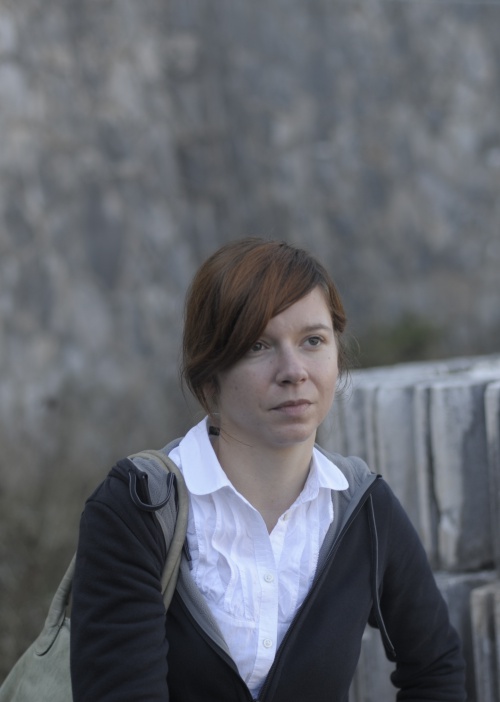