Łukasz Bugalski
The threat of overtourism
to historic cities

The research focuses on the tension between urban conservation practice and an impact of the rapid growth of the tourism phenomenon on everyday life of common citizens. It is also bringing a question about our responsibility – as widely understood heritage workers – for ongoing (over) touristification of European historic cities. 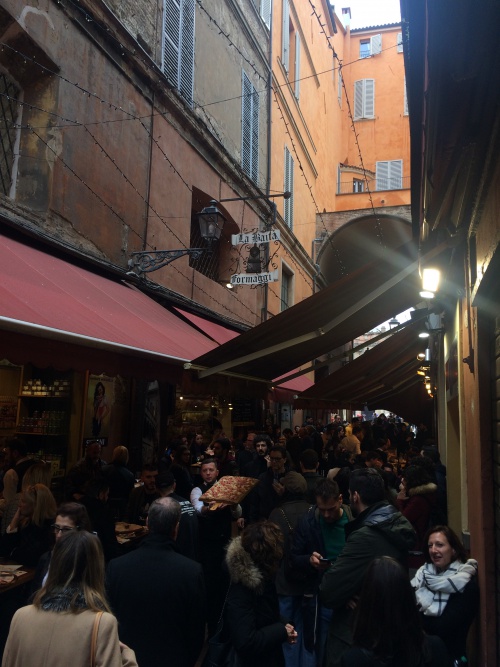 As a result of the rapid growth of the tourism phenomenon, European historic city centers are subjected to diverse social and urban transformations. Those processes might be indicated as a so-called touristification – a kind of gentrification caused by the needs of uncontrollable development of a tourism economy (Cocola-Gant 2018). In the consequence of a constantly increasing number of temporary visitors, any tourist destination inevitably has to reach a stage of satiation that is commonly known as the stage overtourism (Keon’s, Postma & Papp 2018). Such possible negative impact is particularly dangerous in the case of European historic city centers where finally the usage of the former multifunctional city center shifts to the monofunctional (tourism-oriented) form. Although those processes have already been foreseen decades ago, they still seem to be a discussable issue among academics and powerholders all over the world. 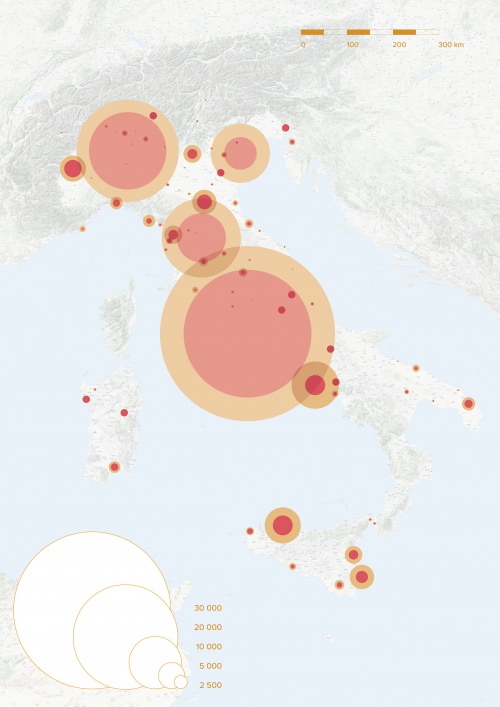 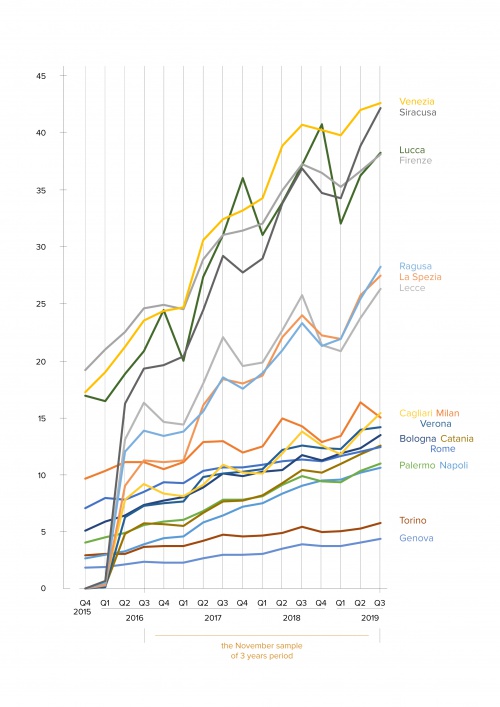 Being aware of those facts, we should ultimately indicate the spreading mass tourism threat to world heritage sites – especially to European historic cities, where the impact of the growing tourism economy is currently the most perceptible. Indeed, we can already clearly observe the dangerous outcome of ongoing touristification processes in cities like Venice, Florence, Lucca, Rome, Madrid, Bar- celona as well as many other examples across the Old Continent. However, this threat is not directly related to tourists themselves – or any other tempo- rary visitors – but rather to the impact of the more general tourism economy dynamics. The real threat to historic city centers is related to the decisions of every city very inhabitants. How would they manage their own urban heritage? Should such management be equivalent to monetizing it? Who has a right to the city as well as to its past, present and future? Exactly those questions are in the very center of this research interest. Altogether with the tension between urban conservation practice and the getting out of any control demands of the tourism economy on our cities’ condition and everyday life of their common citizens. Indeed, we just cannot omit the crucial role of urban heritage understood as a resource that vastly accumulated in our historic city centers is nowadays mainly used to fuel the growth of the tourism economy. 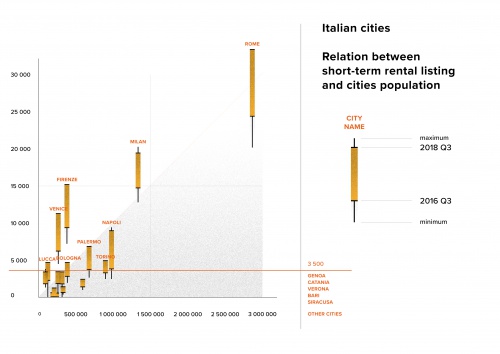 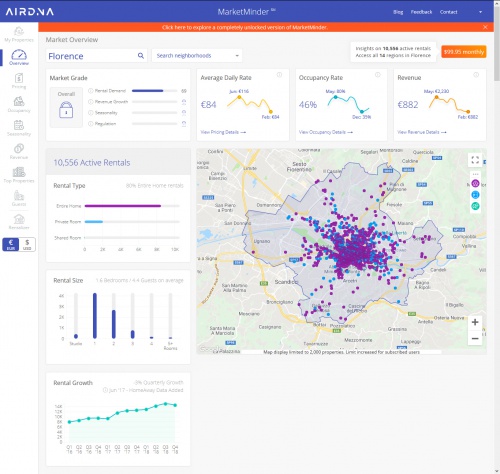 Although we should be already aware of the described dynamics of ongoing touristi cation processes, it is still very hard to grasp and deeply study them. This is why most of the recent research on tourism phenomenon is based on a case studies methodology which is deeply rooted in descriptive studies of rather a qualitative character (Ashworth & Page 2011). The main challenge of nowadays research on ongoing touristi cation processes faces the lack of general quantitative data related to this phenomenon. This is why one of the main goals of this project is to elaborate on a new method of such quantitative and comparative evaluation. And recently, such an opportunity to illustrate the impact of tourism phenomenon emerged altogeth- er with the consequences of the eruption of the short-term rental market. Thanks to vastly gathered and easily accessible data (AirDNA 2019) we are able to propose easy to conduct method of com- parative evaluation of current state of our cities touristi cation stage that is based on 3 years period trends (attached gures present result of such study conducted for sample of 109 Italian historic cities contained in Associazione Nazionale Centri Storico-Artistici report from 2017). Such a method could have a crucial but also only a supplementary character for any future case study research on the tourism phenomenon.

However, at this stage, the fundamental challenge of this research is to convincingly correlate such a narrow sample of data with the much wider phe- nomenon – and more precisely its impact on historic city centers. It is important to underline that the on- going process of European historic cities (over)tour- isti cation is not only one of the most urgent issues of current scienti c discourse but also it has become one of the most crucial issues of Europe’s future. Although the impact of the rapidly growing tourism economy in its complexity is not easy to be studied, it is fundamental to work out and further improve a proper method to conduct comparative research on that topic that would enable us to work on a more overall understanding of this phenomenon.

Łukasz Bugalski graduated as an architect and urban planner (2013) and held a Ph.D. (2013-2018) in the same discipline (Gdańsk University of Technology). He has been Marie Skłodowska-Curie Fellow (2017-2020) trained in the critical heritage studies as part of the “CHEurope” project (MSCA Innovative Training Network) conducted at Istituto per i Beni Artistici, Culturali e Naturali della Regione Emilia-Romagna in Bologna. Currently (since 2020) he is a lecturer at Gdańsk University of Technology (Faculty of Architecture). His research focuses on the tension between urban conservation processes and the rapid growth of the tourism phenomenon. 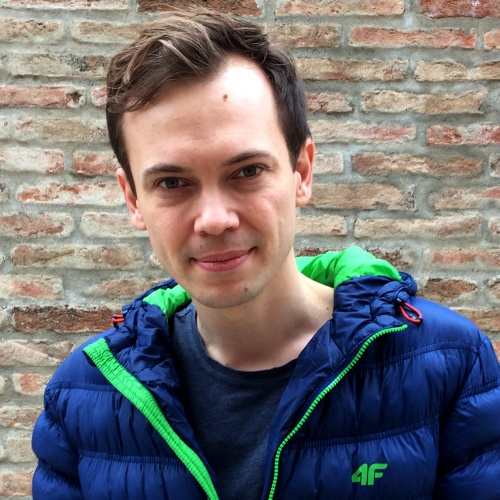